ATTN: this is for Mac only !

You may want to do this especially since on most Macs the audio output device (usually called "Built-in Output") and the audio input device - the microphone (usually called "Built-in Microphone") are separated devices, so you cannot use them at the same time in future.dj / FutureDecks DJ pro. So, you have to make an aggregate device from the 2 devices to be able to use both output and input (microphone) at the same time.

If you wish to aggregate 2 or more audio devices (make them into one) so they would appear as one single audio device here is what you have to do: 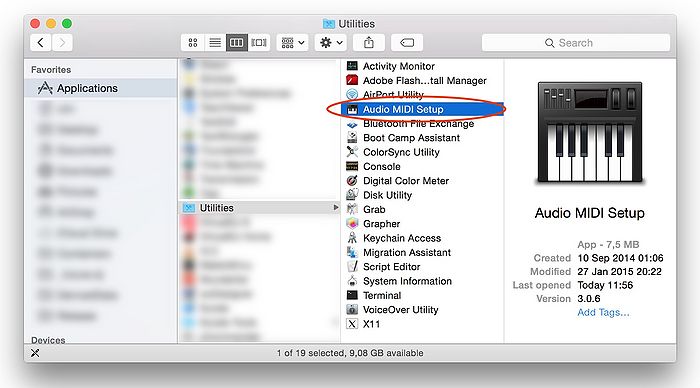 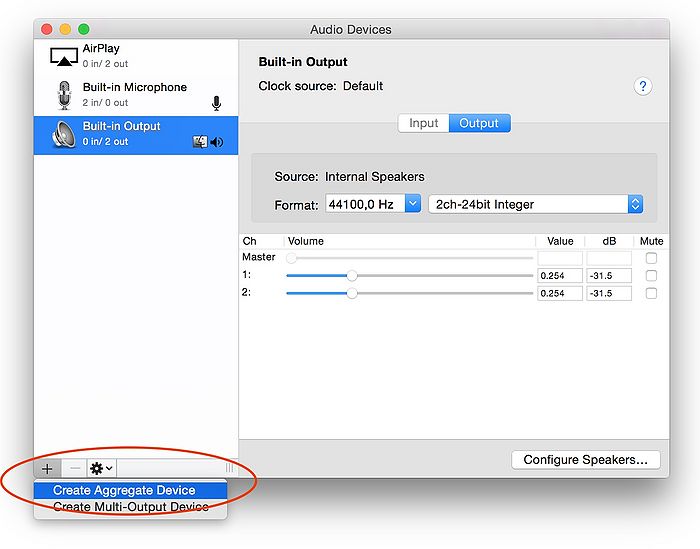 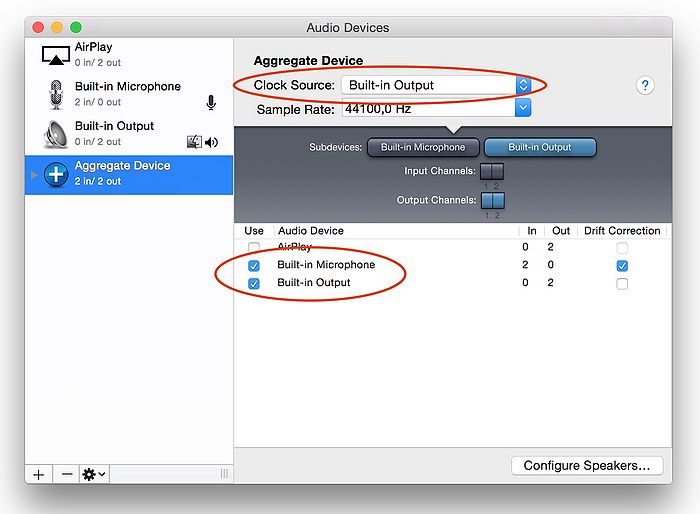 That's all there is to it. You now simply open up future.dj / FutureDecks DJ pro and select the "Aggregate Device" in the Audio settings.